Proper prep lays the foundation for a great groom. If you aren’t prepping well, it is impossible to achieve the results you are looking for. For this PREPtember Drop Coat course, Manessa Donovan and Mayra Grajales go in depth on how to properly prep a drop coat. They do demos on a a Shih-tzu in full show coat, a long-haired Yorkie, and an Asian-fusion styled Morkie to show you pre-bath prep including nail trimming, what products to use and when, as well as proper bathing and drying techniques for these drop coats. 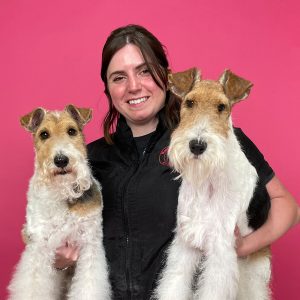 Manessa Donovan NCMG is an award-winning competitive groomer, instructor, and hand stripping specialist. In 2010, Manessa graduated from the Florida Institute of Animal Arts in Orlando and became a National Certified Master Groomer through the National Dog Grooming Association of America (NDGAA) in 2013.

She has also worked as an instructor at ITA Grooming School until its closing in 2015.  As an open level competitor, Manessa has won multiple awards including Best Groomed Dog in 2019. She has studied the art of hand stripping under some of the top professionals in the industry including Irina Pinkusevich, Lisa Leady, and the late Julie Ostoski, and now specializes in terriers and hand stripping.

Not only does Manessa work alongside rescue groups, she is also involved with the AKC and has championed her own wire fox terrier. She is certified in AKC salon safety, as well as pet CPR and first aid. Since 2017, she has been working with Woof Gang Bakery and Grooming in the Villages and was also Director of Education at Woof Gang Academy of Grooming and its sister school Pets Playground. 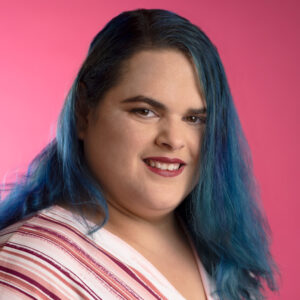 Mayra Grajales is an International Certified Master Groomer with IPG (International Professional Groomers) and a National Certified Master Groomer with NDGAA (National Dog Groomers Association of America). She was born in Puerto Rico and raised between there and South Florida, where she now resides. Mayra has been professionally grooming since 2001 and has been showing dogs since 2004. She has also bred several generations of FCI Champion Pomeranians. In 2014, Mayra traveled to Alborada Terriers in Barcelona, Spain to train with renowned breeder, Judge Jesus Pastor in grooming West Highland White Terriers.

Mayra is passionate about education in the dog grooming industry. She has worked as an instructor at Pet’s Playground Grooming School in Pompano Beach, FL and has taught several seminars in Puerto Rico and South Florida to share her knowledge with others (in English and Spanish!) She loves to continue her own education as well and regularly takes seminars and private lessons with several of the world’s top groomers.